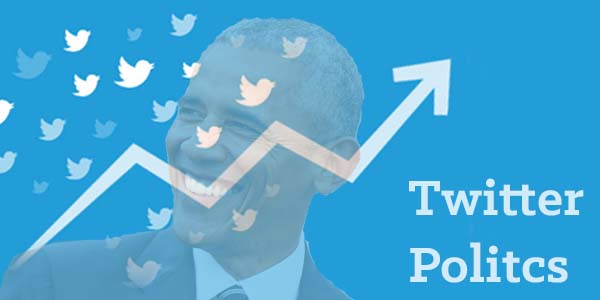 Twitter played a very important role in the two elections Barack Obama won and his Twitter activity has been always quite high. At this moment Barack Obama’s Twitter account has more than 130M followers and it is one of the most followed Twitter accounts of all times. In this post we will analyze his Twitter activity since he opened his account back in March 2007. We will only analyze the tweets he (or his team) sent, not the RTs he made. This is important as we are going to focus on the original tweets sent by Barack Obama. Our hashtag tracking report won’t contain retweets.

If you want to see the recent tweets by Obama use our free Twitter search. Just type from:barackobama in the following search box:

How many tweets has Obama shared?

Barack Obama was the US President from January 20th 2009 to January 20th 2017 when Donald Trump took Office. He actively used the Presidential Twitter account @Potus. However,  he also kept his personal account active. He has sent almost 11K original tweets until today (UPDATED April 2021) and the timeline looks like this:

The following image shows the general stats of the tweets sent by Barack Obama. This is a screenshot of a Tweet Binder Twitter report.

How many retweets and likes have Obama’s tweets received?

Barack Obama has a tweet that until today has got almost 1.6M retweets and it is also his most liked tweet. He tweeted it after the Charlottesville car attack in August 2017:

"No one is born hating another person because of the color of his skin or his background or his religion…" pic.twitter.com/InZ58zkoAm

Just as a comparison, former President at that time (Donald Trump) got 50k retweets when tweeting about the attack:

We ALL must be united & condemn all that hate stands for. There is no place for this kind of violence in America. Lets come together as one!

This post is about Barack Obama but we have analyzed as well the Twitter activity of Donald Trump and US President Joe Biden. There are some interesting facts on that analysis as well.

It is very interesting to see that most of the tweets from Obama’s Twitter account have been sent from the website, from a computer and not from a mobile device. This is understandable because it is safer to do it from a computer. However, since he is not longer the US President, he mostly tweets from an iPhone.

What hashtag has Obama used the most on Twitter?

These are the hashtags Obama has used the most on Twitter. His first hashtag is related with the Act on Climate:

How many times has Obama mentioned Michelle Obama on Twitter?

If we analyze the Twitter accounts Obama has mentioned oves the years during his “Twitter life”, we see something interesting. He mentions very few people, there is only one account he’s being mentioning a lot: @ofa “Organizing For Action” which was founded right after Obama’s re-election in 2013. His wife Michelle is mentioned 54 times, here are the accounts the President mentions:

If you want to have a quick look on what the former president has tweeted these past days, you can. Just by typing the following command on the search box, you will get a free Twitter report with the tweets sent by Obama in the past 7 days. The search is from:barackobama: