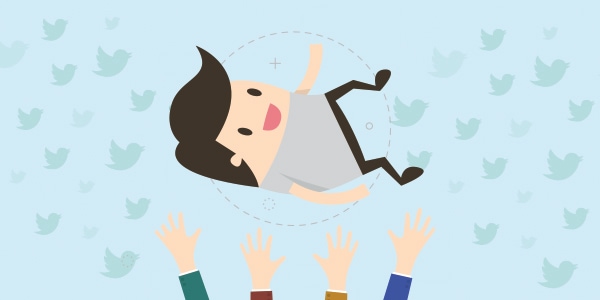 Is it enough to just analyze your profile?

No, it is not enough. It used to be but not any more. It is true that if we just focus on our Twitter activity we can also get very interesting information. Creating reports about our Twitter account will show us our interactions with our followers or other users. It is really good to know how people perceive our brand and all the content we share. But it is also necessary to look beyond our own content. That’s why Twitter competitor analysis should be part of any social media strategy. Put your twitter benchmarking strategy to work.

What are our competitors doing? Are they engaging with their audience? Are their followers interacting with them? What are they posting? How frequently? Let’s answer these questions and see why we should analyze competitors. In addition, let’s see how to compare Twitter data thanks to Tweet Binder and how this will lead us to success. The Twitter analytics accesible thanks to tools such as Tweet Binder is precious to run Twitter competitor analysis.

How do I get Twitter information from my competitors?

It is really easy to analyze your competitors. In fact, there are several free Twitter competitor analytics tool that offer quite relevant data. One of those is Tweet Binder. Creating reports with our  Twitter hashtag tracker is very simple. How do we create a Twitter report with Tweet Binder:

In this case, there are two options in order to generate a report that includes all the information from our competitors. First, if we want to create a report which includes all the tweets an account has sent we need to generate a report using the Twitter advanced search. In particular we have to use from:@account. Let’s see it with an example using Adidas and Nike. For instance, if we manage the @adidas Twitter account and want to monitor @Nike’s tweets, we will run this search:

The second option to create a Twitter competitor analysis is to search the handle. This means the Twitter mentions the account has received. Monitoring a Twitter account is easy and provides valuable data. In fact, that will give us a report in which we will find all the tweets sent mentioning the account. What is this for? This will help us to know and get the impact, the tweetreach, the amount of activity and many other KPIs around that Twitter account. Now it is time to understand how Twitter can help us confront Twitter dataset and get Twitter profile analytics.

Once we decide to take a look to our competitors, we have to think about what we’d like to get out from the data we have analyzed. There is plenty of information. Both on Twitter and inside a Twitter analytics report. That’s why, we are going to describe some important KPIs to bare in mind. If you are going to start a Twitter analysis to contrast your data, you should consider focusing on these metrics:

These are some key Twitter statistics to include on our Twitter competitor analysis. We may consider running different operations to get the data. However, a tool like Tweet Binder generates a complete Twitter report including the most relevant data. One recent and breakthrough data is the Twitter sentiment analysis. It provides information about the tweets sentiment, divided by: positive, negative and neutral.

Let’s see how to do it with an example!

It is usually more efficient to explain things with examples. That’s why we are going to analyze two accounts that correspond to two Spanish television channels. The first one is called Telecinco (@telecincoes) and the second one is Antena 3 (@antena3com). This way we are going to run a Twitter competitor analysis by comparing Twitter accounts. Therefore we generate two different reports which serve as a small sample (the activity around these two channels is huge). So, we have just analyzed the account but we can also include all those tweets which mention the channel but not their official account. In this case we’re going to just track their official Twitter accounts.

Thanks to the images we can see that both accounts have generated lots of activity. The report about @telecincoes has received quite more tweets but there is a big difference between the number of impressions. It’s not always about the number of tweets but the contributors, impressions, reach… That is the important thing!  That is something also helpful to compare Twitter data and study competitors.

This type of comparisons help us to know if we are doing the right thing. For example, this is how we can detect if we are correctly engaging with our audience or if people are participating in our campaigns. It’s important to know that we can also create a Twitter report containing the hashtag of our campaign and another to track our competitors’. That way we will see whose hashtag has had more activity. In fact, these are some reasons why comparing Twitter accounts is key to improve:

Because comparing yourself to you competitors will give you important information about yourself and your strategies. Knowing our weaknesses and improving them will lead us to success! Twitter can become your ally to spy on your competitors and improve your Twitter marketing strategy. Give it a try!