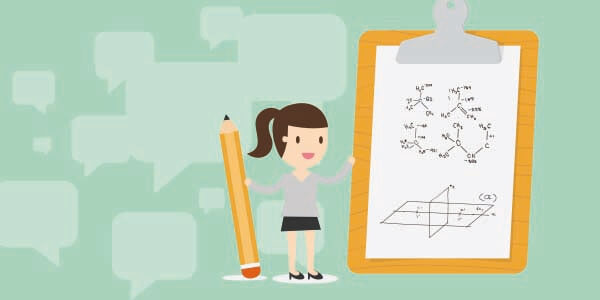 Tweet Binder is offering now a new metric called Sentiment. It shows if the analyzed tweets have been positive, negative or neutral. So, if you are running a campaign and you got 1,000 tweets we will be able to tell you if the users participating in it like it or not. Or we can now know if the Twitter mentions to a brand are positive or negative, or just neutral. This new metric, the Twitter sentiment analysis, is a strategic step forward. In addition, it is something users and clients demand heavily. It implies big consequences for our Twitter hashtag tracker as well.

We love Twitter and hashtags analytics, we really do and it was about time to develop Sentiment Analytics, that’s the truth. It is very important to have a correct understanding of this Twitter stat, we have worked hard for it and we hope you like it. Along with Twitter sentiment analytics, a new metric is ready! It will measure how positive or negative a report or hashtag is. This is the “Sentiment Score” and it is given in a score from 1 to 100. This way, a report with a Sentiment Score of 90 will be very positive whereas a report with a score of 10 will be quite negative. So, from now on Tweet Binder clients will be able to get Twitter sentiment analytics.

When the FIFA Women World Cup is about to start (when you read this it will be over), let’s analyze how Twitter feels about it. We search for #FIFAWWC  to run the twitter sentiment analysis and check the Sentiment stats tab. There, we can see how the Twitter sentiment is really positive for the football tournament. This is how it looks:

In the next picture you can see also the twitter sentiment analysis on the search for the president of Mexico: (why? why not)

The Sentiment Score tells us how positive or negative a hashtag or campaign has been. Twitter sentiment analysis is not only about number of positive and negative tweets, that’s how we feel, it is about knowing the general feeling of the users. Sentiment analysis tools analyze many aspects but many just focus on the number of tweets. At Tweet Binder we believe that things are not just positive, negative or neutral but that there are different scales inside each of those categories. As we always say, all the metrics get even more importance when they get a comparison with the same stats of other hashtag related to yours. If you analyze always with Tweet Binder, you will have the same patterns to compare. So, stay with us, always 🙂

The difference between these types of tweets might seem easy, but it is a bit more complex but easy to understand. A positive tweet is a tweet that throws a positive sentiment after having analyzed all its words. Sentiment analytics in Twitter is an amazing science because the system that analyzes Twitter information has to be so accurate in just a few words and in a network where irony plays an important role. Each word of the tweet has its own score that can vary depending on the context. For example: the word “amazing” has a high score, but if it is around the words “piece of sh**” like “amazing piece of sh**” then it is not as good. You can understand why this is so exciting.

To have positive tweets in your campaign is great, but it is more important to have more positive impacts. This is what twitter sentiment analysis is all about. This will be explained in the next section, but imagine this: you’re running a campaign, what would you prefer: 10 positive tweets from 1 person with 5 followers or 1 positive tweet sent by @LadyGaga about your campaign. The Twitter impressions generated by Lady Gaga will be huge. In this posts we will explain how we have played around with all this Twitter sentiment analytics and we hope you feel proud of our work.

The aim of the Sentiment Score is to calculate how positive or negative a report is in general. This is calculated by taking into account a greater number of variables than just the number of positive and negative tweets. For Tweet Binder it is important to consider the number of Twitter impacts (or impressions) and users that have tweeted in a positive, negative or neutral way. Therefore, the Sentiment Score takes into consideration, in general lines, the following variables as we saw before:

Why have we chosen these variables? Because Tweet Binder Twitter sentiment analytics consider “more positive” that more users tweet in a positive way rather than just one. Meaning that if 500 users have tweeted positively about our hashtag, it is better than if just 1 user sends 500 tweets. For example:

Tweet Binder has created an equation that normalizes the values of the Twitter sentiment analysis. Reports can be classified in five different ways depending on their Sentiment Score:

So, from now on, Tweet Binder’s PRO reports will show this score next to the main stats. This score, as mentioned above, will be from 0 to 100.

Positive and negative Twitter sentiment about Pepsi and Coca Cola

We are Tweet Binder and we love examples, what can we do? We really like to explain things with examples. In this case we have chosen two of the major soda brands in the world: Coca Cola and Pepsi and we have calculated their Twitter mentions since 4th of June until now. Twitter sentiment analytics are very interesting when analyzing top twitter accounts such as these ones.  Surprisingly, they have almost the same number of mentions, around 6.000. Now we will see how users think about them, if positively or not. For that we will use the Sentiment score that combines number of tweets (positive, negative and neutral) impressions and users.

Pepsi is winning in this case, almost 20 points difference. We have run the sentiment analysis for these accounts but you can have it for anything that you need to analyze. Can you imagine having a Twitter sentiment report for all the bitcoin Twitter buzz that was generated some years ago? Well, with Tweet Binder you can! Discover the sentiment of the tweets that were sent during 2015 by requesting a Twitter historical analysis.

The incorporation of this new metric, increases the value of a Tweet Binder report. Tweet Binder is now a sentiment analysis tools and we are proud of it. Twitter sentiment analysis with python or whatever technology is a great way to enrich your reports. With this new release, more new Twitter metrics have been added to the reports. For example, users are now ranked by the average number of likes they get per tweet. This helps to identify users who are engaging with the hashtag. As was aforementioned, the Twitter sentiment analytics is a PRO feature, but users can still get Twitter analytics for free. Stay tuned because Tweet Binder will be releasing new features!