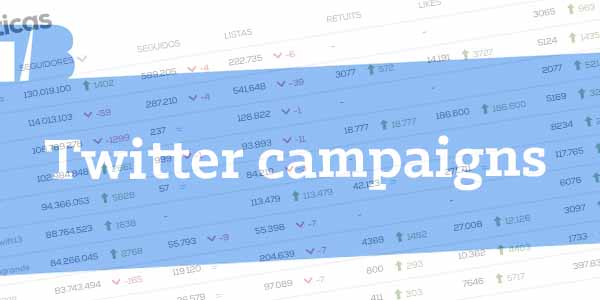 We can bet that any time you walk down the street, you’re bound to see hashtags all over the place. Traditional advertising has changed. Even though billboards are still around, they’ve caught up with the times, and many of them are plastered with hashtags for whatever it is they’re selling. Even TV advertising has them. Hashtags are the keystone of Twitter campaigns. Advertising agencies and businesses have had to update their business models drastically, with many making the choice to move to social media for transmitting their message, sometimes even exclusively.

Viral marketing uses social media to help spread a message far and wide to as many people as possible. Of course, because of this immense reach, going viral is a key goal for any social media manager. Oftentimes, an ad goes viral organically. Something triggers a response in the audience, whether that be clever writing, humor, or a heartfelt message, and they share with their friends and followers who share with their friends and followers and before you know, the piece is viral. When aiming for creating a viral Twitter campaign, your goal is to have your audience spreading the message. Twitter, of course, makes it easy for you because it’s a platform made for precisely that: sharing interesting content.

Reaching millions of people all around the globe might have seemed impossible 50 years ago (like Bitcoin seemed unreal). But many things seemed impossible before a revolutionary idea came around. Now, with the rise of social media in our lives, especially Twitter, it’s easy for a marketer in the Czech Republic to reach an audience in Alaska—within moments even.

One way to get your word out is to, of course, promote your hashtag. However, that can take time and resources away from you. It’s not ideal and it’s certainly not organic.The key to a great viral Twitter campaign (just as it was for legendary ads of the magazine years) is content, content, content. You need to be clever, funny, thoughtful, memorable, and, most importantly, relevant! Your followers are much more likely to share what you’ve taken so much time to put together if something within that piece resonates with them, taps into an emotion.

Nowadays, all the TV series launching goes hand by hand with a Social Media campaign. That is why we always see a hashtag next to the signs or during the trailers. Besides, people love to see how the hashtag from their TV series has a special emoji on Twitter. Netflix recently launched the new season of YOU and it was followed by a huge Twitter response.

By using the hashtag #YouNetflix users reacted to the new season. NO SPOILERS AHEAD. And we have to say that the reaction was huge. We analyzed the hashtags during just one day and we collected more than 10,000 tweets. We can even say that the hashtag went viral on Twitter.

The best Twitter campaigns are the ones that make an impression on young and old all over the world. Most often they’re viral on a global level. We’re sure you’re bound to remember some if not all of these:

#ShareACoke – Coca Cola launched this campaign way back in 2011 in Australia. Alongside the hashtag, the company changed the wrapping to say “Share a Coke with…” with many different popular names given as an option. It soon began to spread around the world in many different variations. The goal was to create a more personal relationship and inspire sharing.

#IceBucketChallenge – In 2014, our social media feeds were packed with people pouring ice water over their heads. Why? For charity. Launched by someone with the disease, the ice bucket challenge with its accompanying hashtag did a great job of raising awareness of ALS and helped raise $115 million dollars to fund research, patient services, and education for the ALS association.

Analyzing your Twitter campaigns is easy with Tweet Binder. Our tweet counter will help you to not miss any tweet connected to your campaign, no matter if it started one week, one month, or one year ago. Once that historical data is collected, we can then move on to real-time tracking, so you can be sure you have all the info that you need. Let’s see the main types of Twitter campaigns that we can find.

Twitter campaigns can be classified into many different types, but we will just cover the main ones for now. If after reading this post you want to learn more, you can always ask us about Twitter campaigns.

Some campaigns or Twitter chats are launched just for people living or visiting one place. Imagine a local business that is launching a promotion for their store. It would not make any sense to launch this campaign so that people who live outside of the city can participate. Their campaign should focus on the residents of that city only, and the way to make sure that is to target the campaign toward that place. People elsewhere won’t be able to see it. Of course, you can also always check their bios, where you can most often find their location info.

Another kind of campaign focuses on tourists of a particular place. This sort is common with traveling agencies when they want to promote a travel destination. So, imagine you are traveling to the Maldives. The traveling agency could, for example, launch a contest where people traveling there could win an extra night in a different hotel, an upgrade or an extra room and so on. This kind of campaign would mean nothing to locals of the Maldives but could be a big boost to visitors.

All in all, the important thing about these local Twitter campaigns is that they are focused on one place rather than being global. You can also track the most followed Twitter accounts.

Twitter hashtag campaigns are the most common. They’re also the easiest to understand. These are the ones we covered in the beginning of the post, and they gather people around a hashtag. Promoting them is foolproof—all you need to do is create a post with the hashtag and watch it begin to spread organically (if your content is engaging enough). As already mentioned, people will share anything that resonates with them.

The example above of the sperm whale in Madrid is an example of a Twitter hashtag campaign. Analyzing these types of campaigns is not difficult as all you’re doing is tracking a hashtag. You don’t need to look at the area. All you need to know is when you launched the hashtag and then keep track of it.

We have already said that analyzing a Twitter campaign is really easy to do. You can even analyze Twitter sentiment of it (meaning if people’s reactions to the campaign are positive or negative). But, how can you analyze a Twitter hashtag campaign? Well, with Tweet Binder, there are two ways of doing so. One is by signing up for a Tweet Binder PRO plan. This option will let you analyze anything on Twitter, and you will be able to create reports on your own. The other way is by purchasing one-off reports. Either option will let you see the Twitter engagement of your campaign.

If you don’t regularly run many campaigns you can generate a single report for each campaign you run. And if you end up needing more information or you end up having to run more campaigns per year, then you can make a decision to sign up for the PRO option. It is important to know that in either of those options you will be able to use the advanced search Twitter operators. For example, to seek the most retweeted tweet of a campaign.

The best option to analyze a Twitter campaign is by activating a live streaming of the hashtag.  In this way you will be aware at every moment of the activity of your hashtag. If suddenly the volume of tweets drops, you can react accordingly. On the other hand, if the volume of tweets suddenly increases, you will be able to reap the benefits of it. The good thing about real-time reports is that you can download Excel reports for any period you choose so that you can track the progress. Imagine that you need global stats and a report per hour. Instead of creating several reports, you can have a global one running in real-time and then download the Excel sheet each hour. Doing this won’t affect the general results of the hashtag

This option comes in handy in a couple of different situations. One is when we want to compare a campaign that is taking place at the moment with one that took place a year ago, for example. For this, we would need to create a Twitter historical report to track the campaign that took place a year ago. The other situation is for those times when we forget to switch on the live streaming for the report. This happens more often than we’d like as marketers, and that is why Tweet Binder is here to help.

If your campaign started two weeks ago and it will last for two more weeks, you can combine this historical report with a real-time Twitter campaign. For marketers that have been in the business for a while, you may remember that Topsy provided historical data for free. Now, Tweet Binder is here to do the same.

Now that you’ve read through this post, you’re one step closer to becoming a master of Twitter campaigns. By now, you should know everything that is necessary to create a campaign and make it go viral. To sum up what was covered, here are the steps for a successful Twitter campaign once more:

Now it is your turn. Good luck creating your Twitter campaign! We hope it goes viral and that you use Tweet Binder to track and analyze it. If you still have questions about Twitter campaigns, feel free to contact us at any time and we will try to help. We’re available 24/7.