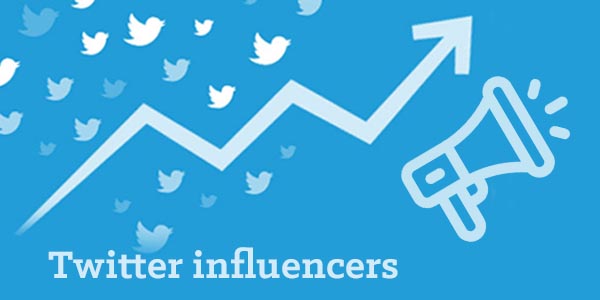 This question has been around for quite a long time here at Tweet Binder. What does it mean to be an influencer? How can I detect who is an influencer on a certain topic? There were tons of questions and we decided to work to answer them. We wanted to be able to give an answer to those clients who were constantly asking about it. After giving it a long thought and after tons of months of study, we created a formula to detect influencers or people who can influence on certain topics or hashtags on Twitter. This is a new way of looking at Twitter analytics.

For Tweet Binder, influencers are those people who meet one of these requirements:

In both cases we consider that the account is influential. Of course, an account that meets both requirements is a “super influencer”. Such as Katy Perry or Cristiano Ronaldo. But let’s not put our attention on those accounts. We are going to focus on those Twitter users who meet either of the aforementioned requirements.

First, we see how many people the user influences. We do this by calculating its value. The number of followers is something important but it is not the only thing that we consider. The parameters that are taken into account are the same as the ones used to calculate the Twitter economic value of an account.

Second, we analyze the engagement of that account. This is done in order to see if the account has the engagement that is expected from it. Twitter’s engagement is calculated with the RTs and likes received to their tweets. Let’s see an example: If Donald Trump sends a tweet and gets 100 RTs and 200 likes, can we say that it has been a successful tweet? Obviously not. For each tweet Donald Trump shares, thousands of RTs and likes are expected.

On the opposite side, if an account with 10 followers was to receive those 100 RTs and 200 likes, would it be a successful tweet? We’ll say yes. Why? Because a tweet from an account with 10 followers is expected to receive a smaller amount of RTs and likes. At Tweet Binder we have analyzed and determined how much engagement (RTs and likes) is expected from an account given the followers it has. If the account has a higher engagement than expected, we will say that that account is very influential.

Type 1 of Twitter influencers: accounts that influence a lot of people

Even though these accounts do not reach the levels of engagement they are supposed to, they still impact thousands of people; being, therefore, influential. It is important to note that the number of followers is not the only parameter that is taken into account. That is why we don’t have to focus just in the Twitter impressions and the tweetreach of a user.

Type 2 of  Twitter influencers: Accounts that influence a lot

The fact that these accounts “influence a lot” doesn’t necessarily mean that they influence a lot of people. In fact, there will always be certain areas where users won’t impact a lot of people but their influence is huge. A pretty good example of this is an account that tweets about the migration of African turtles. This topic is not followed by thousands of users. However, accounts tweeting about it may have more engagement because their followers are likely to be fans of the African turtles and their migration. Therefore, they are more likely to retweet or like the tweets.

The key question here is: if we want to launch a campaign aimed for those who are passionate about the migration of African turtles, who should we contact? Those accounts who influence a lot but to a small amount of users? Or an account such as Taylor Swift who influences much more users? For us the answer is clear, the first option would be the best one. Plus, it will be cheaper.

An account with 3 retweets can perfectly have an “engagement score” of A+.

For the following example you can use this search box. It will allow you to create a free report of up to 500 tweets from the past 7 days.

Let’s see this with an example. We are going to try to find influencers who tweet about Fortnite (the video game) in Spanish. We aim to contact influencers for a fake Twitter campaign we intend to launch.

The first step will be to go to www.tweetbinder.com and type Fortnite in the search box (this will include the hashtag #Fortnite as well). Additionally, we want to filter by language Spanish and we will only look for those tweets that have got, at least, 2 retweets. We do this in order to take out bots and trash accounts. The query would be:

This is going to give us the latest Spanish tweets about Fortnite with at least 2 retweets. We have set this limit of 2 retweets per tweet for it is a very popular game and those users who tweet about it and get 0 retweets are not influencers at all. The Twitter advanced search commands are really easy to use.

Given this example, we have 1,073 tweets from 612 accounts. Let’s see who is an influencer among those 612 users. After we hit the “influencers” button we will need to wait a few minutes until all users are uploaded.

Once we have done this, we see some pretty interesting data coming up. There are some accounts that even though they have a low “influence percentile”, they have a high “engagement score”. Let’s look at these three examples:

Why are these accounts interesting? Because, even though they are accounts that do not influence a lot of people (their influence percentiles are low), their engagement is way higher than expected. Therefore, we will contact them with no hesitation. We could reach a good economic agreement with them and get good engagement rates.

Let’s see now who influences a lot of people, those with a high influence percentile. For this, we are going to arrange the users by their “influencer percentile”.

Immediately, the list of users looks completely different than before. We see accounts with more than a 89% “influence percentile” and with a “engagement score” of B or more, this is good. Any of these accounts can be considered as an “influencer” because not only do they influence a lot of people (high “influence percentile”) but they have a high “engagement score” as well. It is important to notice that having these types of influencers working for our campaign will be more expensive.

Both accounts influence more than the 93% and 95% of the accounts on Twitter and they have more engagement than expected. And all of this considering that a really high engagement is expected from them.

Relation between the number of followers and being an influencer

To sum up, it is important to remark that the number of followers has little to do with being an influencer. To prove this point let’s have a look at the list of the users with a high amount of followers in our Fortnite example.

We can see accounts such as @CCNNEE (the CNN in Spanish), @ExpansionMX or @ElMundoEs. These three accounts together have more than 27 million followers. Well, none of these accounts have the highest influence nor engagement.

The number of followers is important to define the influence, but it is not the most important value. And it comes as less important when we are trying to figure out the engagement of the account.