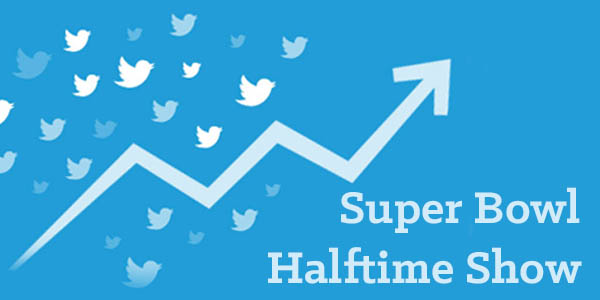 One more year all eyes have focused on one of the most commented sports event of the world. The Super Bowl 2019 took place last night in Atlanta. However, the buzz and the anticipation regarding the game is huge since days and weeks ago. The Super Bowl halftime show also drives a lot of attention. Now that we know that the New England Patriots are the winners, let’s dive deep into in! We have run a hashtag tracking analysis of it.

At Tweet Binder we have analyzed how the Super Bowl overtakes and top Twitter hashtags. In 2018 the Twitter data of Super Bowl LII were amazing. So were the  Twitter stat of Super Bowl 2017 commercials. Today, we are going to focus on the data related to the event but also to the halftime show. It’s been well known for a while that the halt time show itself is an event. In fact, the attention it generates is huge. Not only the artist or group that perform on it are acclaimed. Brands also try to shine through it and Super Bowl ads are also a big part of the event. Let’s take a look on how everything has gone this year.

Beyond the sportive success of the Super Bowl, we have the halftime show. Or, better said, the Pepsi halftime show. Something a lot of people look deeply after. There are even those who don’t follow the game but live up for that moment. Year by year, hundreds of thousands tweets are posted about it. And some give a perfect glimpse of what it really involves:

This year, with Maroon 5 as the star of the show, the buzz has been quite “interesting”. From those who expected more to the ones that loved every second of the performance. What seemed to be ok, turned out controversial when Adam Levine took off his shirt. Taking back the memories of how Janet Jackson was backlashed years ago. This tweet sums up a quite a lot shared though:

YOU’RE TELLING ME JAMET JACKSON CANT SHOW ONE NIPPLE BUT ADAM LEVINE CAN BE SHIRTLESS?

After reading lots of tweets, the feeling is a bit disappointing. However, Intel stole some attention with its drones. We are wondering if people liked more this or the super bowl halftime show.

A first ever moment. 150 Intel Shooting Star drones enhanced the show in a choreographed performance to create a unifying message of LOVE at the Super Bowl. #pepsihalftime#SBLIII https://t.co/QMfi7itN6c pic.twitter.com/gdHwKjF2oZ

And some Twitter users wanted to brighten the mood recalling that moment:

At Tweet Binder we have analyzed over 152,000 tweets shared with the official hashtag, the one which Pepsi made sure to sponsor and revitalize. However, there were also 138,500 tweets with #HalftimeShow. Yes, you can say that the Super Bowl halftime show was hugely commented. And also, that you can bet on a sponsored or branded hashtags, but the users play by their own rules.

And that the main #HalftimeShow tweet (based on its retweets) is one taking advantage of the situation:

Because we have tons of posts about the halftime show, but we can say that the real game was actually on other tweets and hashtags.

Twitter data of the main hashtags of the Super Bowl 2019

First, let’s take a look about how the NFL account tweeted during the Super Bowl final. The activity of @NFL was quite high during the weekend with over 300 tweets.

Three of those tweets broke the barrier of over 10,000 retweets and those thee tweets received more than 25,000 tweets. In fact, this is the main NFL tweet:

The all-time greatest, most competitive NFL players gathered for the #NFL100 gala. What could possibly go wrong? pic.twitter.com/pvE0fKuSye

It is quite remarkable, or at least curious, that this top tweet doesn’t include the official hashtag. Not even the words “Super Bowl” or halftime show on it. The winners also turned to Twitter to spread their joy not including hashtags. This is the most relevant tweet sent by @Patriots

Gave everything we got and now we got everything.

Actually, the main hashtag was #SBLIII but some other quite relevant to follow the Twitter hipe about Super Bowl. Therefore, we have secondly tracked all those other relevant hashtags. These are the data of the main hashtags of the Super Bowl 2019 faced with last year’s one. The figures below include included tweets and retweets to be more precise:

Another huge part of the Super Bowl final are the commercials. We’ll post about it too. Because not only the game is on the field, but also on the creative ads shown and promoted during the game. This tweet sums up perfectly the main facts about Super Bowl ads:

We can say the Twitter conversation about the Super Bowl final is lower than last year. But, it’s been the Super Bowl of so many exciting things. One of them, this one:

History made. 🙌 🔥@RamsNFL cheerleader Quinton Peron is the first male cheerleader at the #SuperBowl

We are excited to celebrate 10 years of partnership with the @NFL & together we're making a #CrucialCatch against cancer.

This #SuperBowl Sunday, give us a few minutes & we'll show you how to help reduce your #cancer risk: https://t.co/4qINKtOxXT pic.twitter.com/SysGDcBCaX

Or the huge milestone The New England Patriots and Tom Brady achieved yesterday:

And don’t forget that while you share, Twee Binder keeps analyzing. Enjoy the games and victories to come!