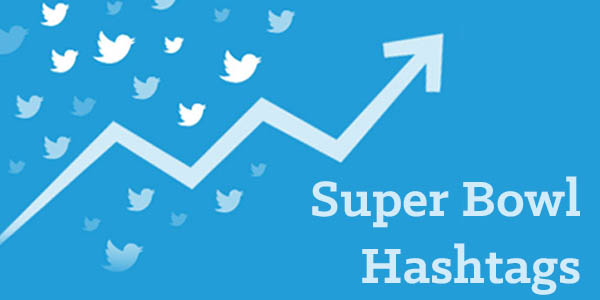 And that’s right! There is doubt about that Twitter is the best platform to commend and discuss live events. Among them, sportive events are huge when analyzing their Twitter relevance. We all love sports at Tweet Binder, the mix of Sports and Twitter is one of the best things in the Social Media World. The Super Bowl is the sports event that kicks off the year. And, as it couldn’t be any other way, Tweet Binder has run a hashtag tracking analysis for every Super Bowl hashtag and we are going to share the insights with you.

Do you want to know what is being said about the Super Bowl 2020 on Twitter? Just type SuperBowl2020 on the following search box and you will get a free Twitter report. It gives up to 500 tweets from the past 7 days.

What is the Super Bowl

According to Wikipedia, this is the definition of the Super Bowl:

The Super Bowl is the annual championship game of the National Football League (NFL). The game is the culmination of a regular season that begins in the late summer of the previous year.

The MVP of the game, Patrick Mahomes, also tweeted about his team’s victory.

At Tweet Binder we have analyzed all those hashtags on Twitter and we have to say that the numbers are incredible:

The most popular hashtag of the Super Bowl 2020 is #SuperBowl. This comes as no surprise as most people tend to make it simple and just write about the game. The official Super Bowl hashtag has received almost a million tweets and this is great. We say so because it is difficult that at an event so big the official hashtag is the one getting all the attention.

The #HalftimeShow hashtag is another huge one. This year JLo and Shakira performed at the #PepsiHalftime. Their latino act also was heavily share with Spanish tweets. And, the top hashtag of the half time show was this one (that includes another hashtag):

. @JLo and @shakira and all the special guests were so incredible!!! What a fun halftime show I danced and smiled the whole time. Such powerful sexy women!!!! On camera and off!!!!! Love you beautiful sexy talented women 💕💋 #SuperBowlHalftimeShow #SuperBowl

Back and better than ever 🤩

The @SuperBowl returns to South Florida for a record 11th time! >> https://t.co/8gKAm4kKD0 pic.twitter.com/P5r1ptOlba

As has happened with different editions of the Super Bowl, people use several hashtags to write about the game. There is always one official hashtags and then there are the secondary hashtags. Thus, we need to analyze all of them. The hashtags that have been used at the moment for the 2020 Super Bowl are:

Of course, it is also important to keep track of the mentions the official account of the Super Bowl receives. Along with the hashtags, people mention @SuperBowl as well.

As with every big event, there can be a main hashtag but people will end up using many different ones. For the Super Bowl 2019, the main hashtag was #SBLIII. After doing a Twitter analysis of everything posted about the game, we discovered that there were several hashtags used along with the main one. Here are the Twitter stats for the Super Bowl hashtags of 2019:

As we have mentioned, although huge efforts are done to comment under one hashtag, it does not always work. That’s why we have checked other popular hashtags. This is something that we always recommend when analyzing an event or campaign. Be open minded. Taking into account the main hashtag and others that may have also generated activity will give more complete results.

First of all, we are going to describe the popular hashtags of the game. In fact, the main hashtags were: #SBLII and #SuperBowlLII. However we also tracked a few hashtags and Twitter account that could also add valuable data:

Getting to know the most relevant hashtags shared with the main one is important. Actually, it may help us to get more accurate data if we combine the analysis of all the hashtags. Or, at least, from those two or three more popular. This way, we’ll have a bigger picture of how and who tweeted about the event.
The period of analysis was a few hours before the game and a few hours after the game. We started counting exactly 8 hours before the game and stopped counting 12 hours after the game, so we could get all the “fatter game” tweets. The results are amazing and have helped us to remember why we love our job.

For example, we ran a brief report on how people used Twitter during the Super Bowl 2018 and the results are amazing. The Super Bowl LII had a new hashtag #SBLII (52 using roman numbers, by the way). We were curious to see if the fans were going to engage with this new hashtag and we saw how the @NFL account insisted on it. They included the official hashtag in all its tweets:

Tonight, a champion will be crowned!

We have tracked all those relevant hashtags. These are the data of the main hashtags of the Super Bowl 2018. The figures below include tweets and retweets to be more precise:

The first thing we see is that the official hashtag #SBLII was heavily used by the Twitter users with almost a million tweets. The other “official” hashtag, #SuperBowlLII had more than 285k tweets, so we can say that the @NFL got people to use them. However, as it happens every year, the non-official but logic hashtag #SuperBowl was the total winner with more than 2,5MM tweets being the most used hashtag of all.

We jumped to a fast conclusion after this Super Bowl 2018: Twitter is the best way to comment and engage with others during live sports. The amount of information is huge, but if you filter ok your sources you will be able to enjoy it even more. It’s not just about tweeting here. We are eager about understanding data and giving it a meaning. In fact, we offer Twitter analytics but also consultancy so the data can be more than trusted. Understanding the data and giving the figures its right value is key at Tweet Binder.

Team and Players of the #SBLII

The teams were the Philadelphia Eagles (by remembering the movie Invincible by Mark Wahlberg you will see how incredible this victory is) and the New England Patriots. And the most important players were Nick Foles, MVP of the Super Bowl 2018, and of course Tom Brady one of the best players of all times. We have also analyzed the official hashtags of both teams (#GoPats and #FlyEaglesFly) and the mentions the players received to their Twitter accounts.

These are the metrics we analyzed with Tweet Binder:

It is amazing to see that Tom Brady still gets all the attention. He made a huge mistake at the end of the game and Twitter doesn’t forget. In fact, our reports include a timeline chart where we can check the highlights of the analysis. Besides we can detect the tweets and the Twitter accounts that have mostly generated the highest impact. Twitter and sports are the perfect combination to understand fans and their social behavior. And everything is possible with Tweet Binder to get all the data needed to it.

As the Twitter metrics and the event prove: The Super Bowl was amazing. If you need to compare this data with previous years, please let us know. We will be here to help. Also, if you need any sports data or any Twitter analysis, Tweet Binder is your tool. We can analyze tweets is real time and also generate reports with custom date range. No matter if your event or campaign have already happened. Tweet Binder is the perfect Twitter analytics tool to monitor any tweet.

We love Twitter and sports as you can see! So now it is your time to create your own Tweet Binder reports. Or, for even, to decide to analyze a big event as the Super Bowl and count with us. We are waiting here to help you with anything. From how to get the data to when to start and stop the monitoring regarding the event’s need. Do not worry about anything. We are used to work with any type of event and data.

Article Name
#SBLII: Twitter reacts to Patriots-Eagles
Description
The NFL used the hashtag #SBLII and we analyzed how users tweeted during the game and which hashtags were used the most during, before and after the game. The results are amazing! Check them out with Tweet Binder.
Author
Mister Binder
Publisher Name
Tweet Binder
Publisher Logo