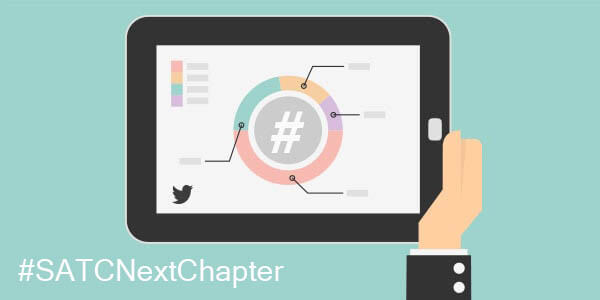 It is totally know by now that current tv shows have a huge impact in Social Media channels. Or, at least, those that are talked about in Twitter, Instagram or even TikTok gain an exposure that television shows or series did not use to have years ago. We have already publish about the relation between television and hashtag tracking. In fact, there is a current trend to produce tv reboots from old series but, do they know how to fit in the new social media echosystem? Are they really ready to come back?

There are Twitter analytics tools, as Tweet Binder, that can be helpful to track the tweets the fans or the media outlet share. Because you may think you got good press and the best fandom in the past, but there are no rules when you add social media content to a show. In fact, we are going to analyze a recent reboot that has been announced. Sex And The City, the well known television serie lead by Sarah Jessica Parker is set to come back. And the news have spread fast in Twitter. But, how has #SATCNextChapter (the official hashtag for the announcement) been received?

The fandom is quick to react to news of their idols or to the shows they support. Specially when something unexpected happens. Timing is also crucial. After a hard previous week, starting the week with a tweet about the reboot of Sex And the City seemed like a little breath of fresh air. Wether you like the series or not. It was something that distract us all and got some of us thinking about it for a while.

The tweet that made the announcement was not shared by Carrie but by Miranda. Cynthia Nixon’s tweet was the one that made it official (and the one with the highest number of likes and retweets):

The reactions were quick, of course. And thanks to a Twitter report and Twitter advanced search we got all the tweets for . That’s how we know that in less than a day after the tweet was shared there are over 2K original tweets with #SATCNextChapter that have generated over 62M impacts and 48M potential reach. Quite a great deal having in mind the target of the series and the comments and doubts that arouse with the tweet.

There are way too many metrics and tweets to be considered. In this matter and in most of the content shared in Twitter. That’s one of the reasons why we at Tweet Binder have developed an exclusive metric that offers the economic value of tweets. Therefore, we are able to discover the most expensive tweet of #SATCNextChapter:

"Sex and the City doesn’t need a revival, but whatever’s happening on Twitter that day, it’ll take the edge off." @Raven__Smith's latest #HeartoftheInternet column is all about #SATCNextChapter https://t.co/mY0S6N4EE0

Opinions like tweets are free to be shared. But if there is something for sure is that disappointment get usually loud on social media. The #SATCNextChapter tweets were ok, but as soon as fans realized that not all the four characters were going to take part into the reboot things changed. Thanks to a binder we know that there are over 600 original tweets with the word “Samantha” in the #SATCNextChapter Twitter report. However, we have found out that #SexAndTheCity hashtag is being used to make that point stronger.

Actually, Variety’s tweets about the topic summarize the feeling of lots of fans. In fact, this is the most liked and most retweeted tweet of #SexAndTheCity:

The #SexAndTheCity HBO Max revival will follow characters Carrie Bradshaw, Charlotte York and Miranda Hobbes as they navigate love and friendship in their 50s. Kim Cattrall, who played Samantha Jones in the original series, is not returning. https://t.co/cI3b43PjZt pic.twitter.com/kcjOWMTTN3

We have to say series reboots are kind of trend. We are a bit excited about the #SATCNextChapter announcement. However, we are expectant to keep analyzing how Twitter reacts to the new journey ahead of the characters and, why not, how they embrace social networks. We await to discover if Carrie is a Twitter star while we keep a a close eye to Sarah Jessica Parker Twitter profile. She has not tweeted with #SATCNextChapter but she has left this cryptic response:

Exceeding all expectations. I am summoning discipline though desperate to suggest "hot/cold"

Get ready New York, and be ready for the tweets to come. The drama is served and Twitter, for sure, is ready for it.