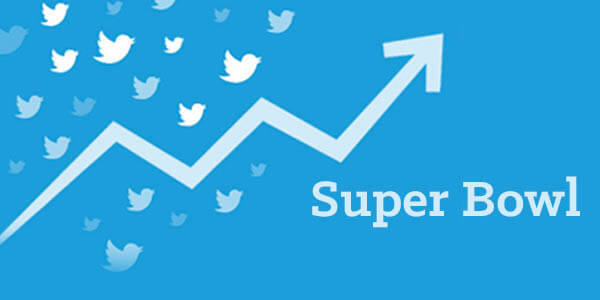 The new month arrives with an exciting date on the calendar. We are not talking about Valentine Days, no way. It’s been the Super Bowl weekend and Twitter knows it. You probably too and you may have shared a tweet about it. Twitter is the way some fans have to engage even more with the event. And, of course, brands show their creativity and aim of being talked about through its commercials. It’s kind of Christmas Day for @NFL fans and for creatives, don’t you think?

What is for sure is that you do not need to support the Tampa Bay Buccaneers nor the Kansas City Chiefs to be impacted by the Super Bowl final. Its halftime show is worldwide commented. We have posted about it  in the past

The official hashtag for the Super Bowl final is #SBLV. This hashtags has been heavily used during February. In fact, there are over 645K tweets with #SBLV. Thanks to our Tweet Binder Twitter count system we are able to get the total number of tweets from an specific hashtag:

Another interesting source information in these big events are the verified account. However, the @SuperBowl Twitter account has not taken part on this final. There are no tweets sent by this account since January. Pretty curious. On the other hand, the @NFL Twitter account has tweeted 300 original tweets. From those, 186 have included #SBLV. It is pretty easy to analyze the original tweets sent by any account using the Twitter advanced search commands.

Thanks to our Tweet Binder report for the @NFL tweets we can easily detect their top tweet. It is, as a bit expected, this one about the half time show:

In fact, the most retweeted tweet of #SBLV is the one by The Weeeknd himself:

Obviously, another relevant source of information are the official Twitter accounts of the teams that play the final. The Kansas City Chiefs own the @chiefs account with over 1.7 millions followers. Whereas the winers account, The Tampa Bay Buccaneers’ Twitter account is @Buccaneers and it has nearly 1 million followers.

But, how do they play on the Twitter field? We all know by now that every tweet matter and that may be the reason why the NFL teams account have tweeted “politely” these days. Let’s analyze the main data about their Twitter activity:

The @chiefs have shared 77 original tweets in the last week. And this is the tweet that has received the highest number of retweets and of likes:

On the other hand, the @buccaneers’ Twitter activity shows the hype they are living in after wining the Super Bowl final. The Twitter report indicates that there are 175 original tweets shared by @buccaneers. And, of course, the Twitter account they have mentioned the most is @tombrady. A unique metric that Tweet Binder Twitter reports’ include is the economic value of the tweets. That’s why we can point out that this is the most expensive tweet the Buccaneers have tweeted:

There are lots of metrics to determine how the Super Bowl impacts Twitter. Or, why not, how Twitter affects on the relevance of the @NFL Super Bowl competition. We have access to the Twitter data, you decide how to use. Do not get blinded by the show, the game is also in Twitter. Like a @chief or a @buccaneer, dare to play it!