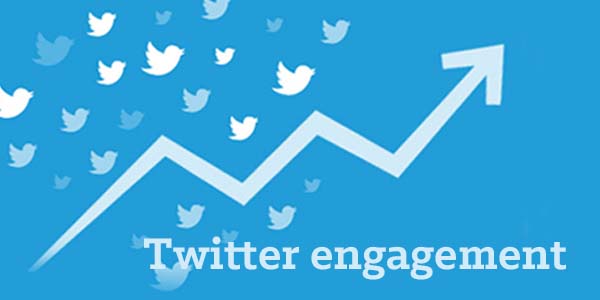 If you haven’t guessed already, in this article, we’re delving into what Twitter engagement is all about and how it works. So, let’s get started.

No matter what’s going on in the world today, it’s sure to be trending on Twitter. Whether it’s political upheaval in a small nation, a star-studded event in Hollywood, a natural disaster near the tropics, or simply a well-marketed event like a TED talk or the launch of a new Apple product, you’re sure to hear about it on Twitter. It is most definitely the place for users to share and discover all sorts of content related to recent events. If you’re in the dark about what’s happening in the world around you, all you need to do is hop on the social platform to find out. And of course, you can find out about a lot more on Twitter too, not just what’s happening. Twitter analytics are great for this purpose.

Because of Twitter’s many users, there are many, many opinions being shared and argued against. And anyone who posts anything on Twitter is mining for those opinions. Of course, the goal is to have people agree with you. But even a comment made in disagreement adds up. Why? Because Twitter, like so many other social media networks, relies on your message being spread far and wide. The best way for that to happen is for people to engage with what you’re posting through likes and comments—doesn’t matter if they’re positive or negative. Ideally, we want them to be mostly positive, but the old adage still stands true: “All publicity is good publicity”, especially when it comes to social media engagement. The feature of Twitter sentiment is really important here.

If you haven’t guessed already, in this article, we’re delving into what Twitter engagement is all about and how it works. So, let’s get started.

When someone retweets your tweet, they directly share what you’ve said. This allows others to see it and possibly engage with it as well. Retweets most often are from people who share your opinion on something, though sometimes even those who dislike what you have to say tend to retweet your post. Either way, it works in your favor, if anything at least in the sense of increased engagement. Thus, the most retweeted tweets are by definition those that engage a lot.

When someone marks one of your tweets as a favorite, only you’re able to know they’ve done it, but the more favorites you have, the more likely your tweet is to start trending, thus bringing on more potential followers. It all about the trend. If you receive a lot of likes it is more likely that your hashtag becomes trending on Twitter.

While the above are somewhat indirect approaches to Twitter engagement, replies are definitely direct as they allow you to interact with your followers. Replies can be tricky though, especially if your tweet could be even slightly construed as controversial. If someone responds negatively to it through the replies, you must make all efforts to remain civil with the person. And this is key to maintain your tweetreach and have no followers loss.  That is why it is also important to have a good Twitter follower tracker.

Now, if your tweet links somewhere, chances are you want people to click on the link you’re providing, for whatever reason. You may be promoting an event and need attendees or you may be selling a product or service and you want to guide buyers to your page or you may be looking to share some information you think might be vital to your followers. Whatever the case may be, those clicks are important, and the more you have, the more successful your Twitter marketing campaign is.

Finally, getting someone to mention your account (positively of course) in a tweet is a great way to get a free endorsement from a happy follower. And while yes, even negative mentions can be a boost to your engagement, in the long run it will hurt your follower count and damage your brand, so always look to be on the good side of people. Twitter impressions are increased by receiving either positive mentions or negative mentions.

As a marketer, the ideal situation would be if someone did all five of these things all the time to every tweet you post. However, in all likelihood, you’ll be lucky to get one and super lucky to get two or even three of these interactions every once in a while.

Social media platforms are all about followers, followers, followers. The more you have, the better your score and the more powerful your brand is (at least in the realm of social media networking). Two followers won’t get your message out there, but 2,000 definitely will and 2,000,000 even better. It’s important to keep on working to increase your follower count since the higher it gets, the better your potential reach is.

Simply put, engagement is important because it helps to build your network.

In order to increase your Twitter engagement, you need to:

As with anything in life, it’s much easier to talk to someone if you have an idea about what they like and what they’ll be responsive too. You won’t talk to a 70-year-old about Fortnite in real life. They would think you’re talking gibberish! Neither would you explain nuclear physics to a four-year-old. And of course, it also matters when you’re having these conversations. Both 70-year-olds and four-year-olds are in bed by 10 PM at the latest, but your core audience of 20-35 year olds are most likely not—they’re Tweeting away.

Miss Americana – Official Trailer · It’s been a long time coming ✨ Out in select theaters and on @NetflixFilm January 31https://t.co/Ot56y6jnCs pic.twitter.com/lGp1mDvBJI

This tweet by Taylor Swift is a good example of Twitter engagement. Actually, she always sends tweets that easily engage with the audience. No wonder why she is one of the most followed Twitter accounts!

Engage with your audience by also being a conduit towards their better Twitter engagement. Pay attention to what they’re saying. Retweet, reply, and favorite their tweets too. Soon enough they’ll reciprocate, and you’ll have created a mutually beneficial relationship. Times that by however many followers you have, and you’re sure to keep growing and growing.

When it comes to your own tweets, you must focus on building engaging stories to bring people back. Not everything can (or should) fit into Twitter’s character limit. Get good at creating and building interest. Diversify your content. After all, different people prefer different things. Some like to read, some can’t be bothered. Some like to watch a video, and some want to fill their brains with more info. Give your followers options by creating different posts to fit their social media habits.

Say for example that you’re putting on an event in a couple of months. You can start off with a simple text post announcing the event. Then, as you have more information, you can create and post a graphic that shares more information. If you’ve had similar events in the past, you can then create a recap video of what those events were like and share that on your Twitter account as well. As time goes on, you may have additional long-form material related to that event. You can post it on your website and then share the link with your Twitter followers. So many options to increase engagement with just one simple event!

And last, but most certainly not least, Twitter hashtags will give your posts that little bit of an extra boost to help them go further. They’re user-friendly and easy to track, plus they can be used in other people’s posts (not just retweets and replies), guaranteeing that they get around faster and to more people

There are many more ways to increase your Twitter engagement rate. We’ve only just scratched the surface of the realm of possibilities. Now it’s your turn to log on to your Twitter account and to test out all that we’ve said here. We’re sure your brand will be all the healthier for it and that you’ll discover other ways to improve engagement and make the best of it.

Just remember: the key to good Twitter engagement is to keep an active Twitter account. It’s like life, isn’t it? And as long as you stay active and engaged yourself, you’ll find that your followers will do the same and that your numbers will increase.