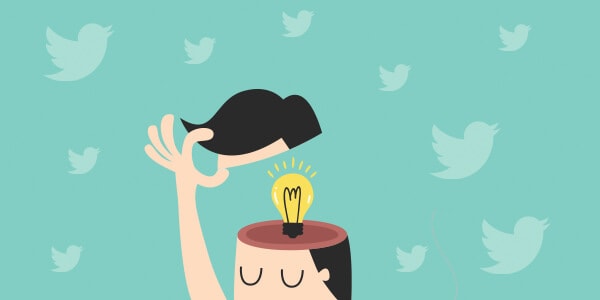 What are Twitter trending hashtags? Since its creation in 2006 by Jack Dorsey, Twitter has become revolutionary in the way we share content both due to its character limitations as well as its speed. In addition, Twitter has come to impact its audiences in new ways. Even though users follow the accounts that they decide so as to read only what they want, millions of non-users are also conscious of the subject matter and commentary published on Twitter as well.

In fact, Twitter reaches a much broader audience than just its users. One of Twitter’s biggest revolution is its ability to group together messages about current topics. This feature started in 2010 what’s known as “trending topics”. Initially grouped together by hashtags, tweets about current events and topics create trends and, with them, additional tweets and commentary. Consequently, other tools like Tweet Binder have also arisen to help analyze and value what’s shared on Twitter. It’s the best way to get accurate and complete Twitter analytics.

Trending topics on Twitter deal with current events and subject matter. They’re typically one word or a set of words with a hashtag that are especially used in some given moment and shown on Twitter’s homepage. Trending topics can be filtered and chosen according to location. In this way, we can see which topics are of interest both globally as well as nationally.

Like we’ve already mentioned, trending topics on Twitter are suggested from hashtags which help to group together tweets about one subject. They’re especially used during events, sports competitions, and television programs. Anyone is free to create and share a hashtag; however, it’s uncommon for a hashtag or random word shared by a “normal” user to become a trend because, today, a word or a group of words can also be a trend.

In reality, trending topics on Twitter appear thanks to the social media network’s very own algorithm. In fact, many trends are created when many tweets are shared through one hashtag. But that’s not the only factor. It’s also necessary to have in mind the amount of time those tweets and hashtags were shared. For example, its not the same to share the same hashtag 5,000 times in one half hour than during a week. And yes, Twitter’s algorithm is ever changing; therefore, current topics are sometimes debatable.

There are clients that ask agencies to convert their brand or campaign hashtag into a trend. Although there are ways to do so, in those cases, what works without a doubt is to pay for that service. If you don’t, it won’t be 100% possible for your brand to become a hashtag.

Therefore, trending topics are mainly used to detect what’s happening in the world. That might sound categorical, but taking a look at the global trending topics gives a vision about what is currently relevant. The motives may be varied. For example, Donald Trump is usually a trend.

When I took the Oath of Office…. pic.twitter.com/GDhIqteKpv

The former US President has made Twitter an important branch of his communication methods and his tweets frequently turn into trends. In fact, running a Twitter follower tracker for his account should be a must for politics and media agents.

In this way, it’s impact and the repercussions of its messages are breaking traditional communication methods at unreachable levels— because Twitter and its’ trending topics are also used to communicate in ways like never before. They’ve been established as new methods of communication and, as such, are able to impact popular thought.

How Can We Keep Track of Twitter’s TT?

There are various tools that can help to find out what the trending topics on Twitter are. In fact, there are tools that can figure them out just by location as well as by looking at which ones are posted daily or even by the hour. But, beyond just discovering what the trends are that Twitter has publishes, is it possible to analyze them?

Best tips to track your TT

In the first place, and like we’ve already mentioned, there are various factors that cause a trend. Therefore, we may think that we’re not capable or prepared to catch them on time (for example, there aren’t notifications that tell you of trending topics); however, there do exist a number of tools that will allow you to analyze data on Twitter.
Even more, they’re able to analyze that data retroactively. Thanks to them, we’ll be able to know not just what’s trending but also through what tweets and which users.

In this blog, we’ve already published several posts about trends on Twitter. From how to analyze a foreseeable trending topic to how to manage a crisis that’s turned into a trend. We’ve also written about the studies we’ve done ourselves to analyze Twitter. In short, with Tweet Binder, it’s possible to monitor any tweet that you want— past, present, and even future ones (thanks to real-time studies).

Monitoring a Twitter trend is something that starts before the hashtag becomes a trend. Twitter trends have to be analyzed over time. September arrives and so does the New York Fashion Week. A must-follow event for fashion lovers. And, why not, for those who love to follow trends and fresh street styles. The city that never sleeps becomes a Twitter trending topic year after year. Hundred thousands tweets are shared under the #NYFW tag. It may seem hard to follow the beat. So many designers, models and runways.

Don’t worry! Tweet Binder is not only the perfect Twitter analytics tool. It is also the perfect option to analyze Twitter trending topics. Each day, we consult the Twitter trends to know the highlights of the day and the topics of the moment. As you know, Tweet Binder is able to analyze any hashtag on Twitter and the trending topics could not be an exception. Let’s discover the main data registered for #NYFW.

#NYFW before it becomes trending topic

First of all, we can not always know if our hashtag is going to turn into a trending topic. It’s a mystery. Sometimes the most discreet campaign gets to be trending topic. At other times, neither the sponsored hashtags get to be a Twitter trend. Anyway, in the case we are analyzing and for those pretty active, we’ve got to have a plan. A communication strategy in order to not miss a tweet and to react as the activity evolves. A clear hashtag and a countdown have been the way to increase the interest around #NYFW.

T-Minus 5 days until #NYFW: The Shows. Visit https://t.co/vlSN6lmrlP to see the full list of designers who will be showing this season and stay tuned to our account for live coverage of the event. pic.twitter.com/K0dW4bN0ET

So, as the dates and the hashtag are clear. A Twitter live tracking should be part of the social media plan. Tweet Binder offers Live Twitter Campaigns with no tweet limit or date range limits. Analyzing the data that is generated before the event takes place is really important. On the one hand, to detect and determine how the activity may evolve. And on the other hand, to detect if the hashtag is being correctly used and to find out influential accounts that we did not have taken into consideration. That is really easy to do thanks to the advanced Tweet Binder reports. By having access to the statistics in real time, we will be able to make decisions or evaluate the changes within our strategy.

Why is #NYFW a trending topic?

Tweet Binder has tracked #NYFW since the first of September. The report includes over 182,000 tweets. But it’s not only about the volume of tweets, it is also about the accounts and specific moments when the tweets are sent. Becoming trending topic depends on both factors. On the one hand, the tweets volume of the hashtag and on the other, the activity level for a certain period of time. Tweet Binder’s timeline graphic shows how the activity of the hashtag is evolving during these days:

However, as we have said before, the number of tweets is just one of the reasons to become a trend. In addition, the accounts and their relevance are another key point. The top ten accounts that are tweeting about #NYFW have from over 12 million followers to almost 42 million. If we want to analyze the accounts that have turned #NYFW into a trending topic, the Tweet Binder report will give us all the information. Thanks to the user rankings within the report, we will be able to find out not only the most active users but also the most influential users and the users that generate the highest Twitter impact.

On the other hand, it is important to keep track of the accounts with the greatest impact. In other words, those users who have reached the highest number of users with their tweets. According to their impacts, these are the most important accounts that helped turn #NYFW into a trending topic.

We can also rely on Twitter to find out relevant information. One of the most useful option is to learn how to search twitter content and account. Twitter’s browser is a powerful tool to analyze and get instant data. If what we want is to search a Twitter account, we only have to put it on the search box. In fact, we can use Twitter advanced search to look for specific Twitter data.

We have already posted about Tweet Binder Twitter reports. There are different options to analyze Twitter data. It doesn’t matter if the trending topic already happened or you think is about to happen, Tweet Binder can analyze it. If you want to have all the statistics in real time, you will have to buy a live campaign. Do not worry if the trending topic you want to analyze was long time ago. Thanks to our Twitter analytics tool, we can create historical reports with no limit of tweets. This way, you will have all the metrics in online version and Excel.

You can start by testing our tool with our free reports, we know our tool is going to become your Twitter tracking platform for the new year. Feel free to contact us if you need more information or if you are interested in analyzing trending topics with us. It will be an amazing collaboration! Also, trending topics become a trend thanks to the retweets. That is how the most retweeted tweets always become TT while they are receiving the RTs.

Therefore, if you need information about a trending topic on Twitter, all you have to do is reach out to us. We’ll quickly customize a report for you to obtain all the tweets pertaining to a trend— whether from the past or recently, there are no time limits. In fact, many clients ask for a campaign analysis that look at their past topics on Twitter. Once we receive the request to do the report, we’ll get to it right away and in less than 24 hours you’ll receive the results— both an online version with the complete data and rankings as well as an Excel version so that you can work with the information comfortably.

You don’t have to be Donald Trump to be the talk of the town. The most important thing is to know what’s important and to give it the value that it deserves. With a report or plan from Tweet Binder, you’ll be able to get the tweets and data information that you need. So, don’t look further — the real trend is the one you make with your own (analytic) decisions. 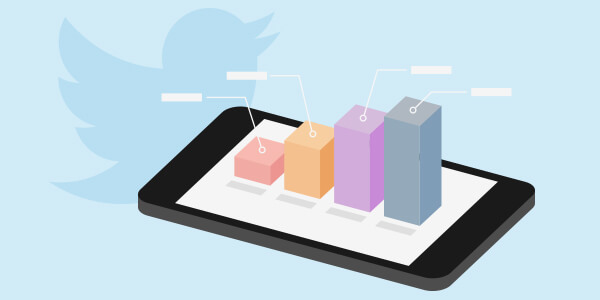