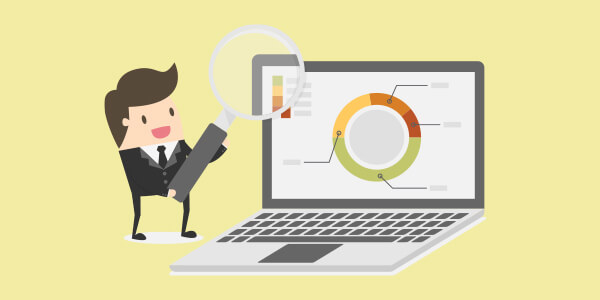 We all have been addicted to a TV series or a movie saga. Once we have seen it we are eager to share our opinion with the people we have watched it with. We talk about our impressions or feelings about the characters and the plot. But, what do we do afterwards? We go to Twitter and start spreading the word about the episode or movie we have just seen. Why do we do that? Because we want to share our opinion, start a conversation with all the fans of the series that are out there in the tweetworld.

Every TV series has, nowadays, its own fandom; this is a community of followers that watch each episode the moment it is aired in TV and they discuss it almost on real time on every social platform possible. What’s the risk with this? Well, it is obvious; there are tons of people all around the world that are not able to see the episode the moment that it is launched, maybe because they don’t have time or, the most common, because they live in a different country.

Watch out for spoilers

Our advice in case you have not had time to watch the latest episode of your favorite series is to not open any social network, specially Twitter. Lets take as an example Game of Thrones. This series is followed by millions of people all around the world. The fandom created around it is absolutely incredible. Fans gather together on Twitter to discuss live the episode they are watching.

But, what if you were not able to see it? Well this can turn into your worst nightmare. The amount of tweets generated each day around Game Of Thrones is incredible. We have calculated how many original tweets (excluding Retweets) the account @GameOfThrones receives on a regular day (meaning those days when they have not aired an episode). On the 9th of August, the account received 4,471 original tweets from 3,616 different users. This means that, even though episodes are aired on Sunday, the conversation about these phenomenon never stops. Let’s remember that we are doing this calculus without considering the Retweets (if we include those, the number The most popular account that mentioned the handle @GameOfThrones was @MLB (The official Twitter account of Major League Baseball). You can check the full report here.

As you can see, it can be a real headache to avoid tweets that talk about #GameOfThrones. Spoilers have become one of the worst nightmares for series addicts. And it seems that this particular series is susceptible of generating tons of spoiler alerts after every episode.

Users should be careful when tweeting about a show that has as much repercussion as Game of Thrones. When, the ones that should be more careful are the companies. As an attempt to obtain more followers and engage with them, brands send sponsored tweets mentioning the series. What’s the danger with this? That some of the followers may have not watched the episode. This will cause that they tweet back to the brand most of the times using not appropriate content.

As you can see, something as fun and amusing as a TV series can be the cause of a social media crisis for your brand. For example, after the third episode of the season seven Vodafone Tv Spain sent a tweet that contained a spoiler of the episode. As a result of this, people got angry at the brand and started tweeting mentioning the account and telling them that should not do that. Actually Vodafone promoted this tweet, so it was seen by more people than just the number of their followers. It is true that those that did watch the episode found the tweet funny.

The truth is that series addicts are very sensitive when speaking about the latest episode of their favorite show. Our recommendation to avoid any spoilers is to try to avoid reading Twitter for one or two days. For us, that is really difficult, so we are the kind of fans that stay up late to watch the episode the moment it is aired, at the end you know nothing about riding dragons.