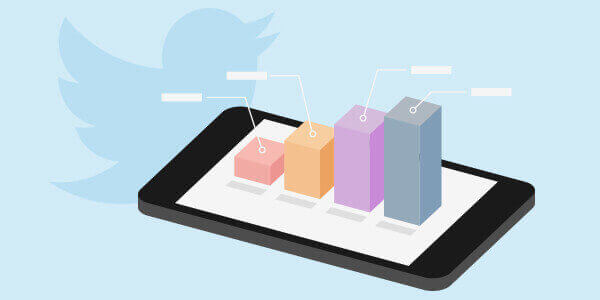 Twitter is very good at changing the limitation of 140 without actually changing it. On March 30th they announced that that the usernames will not be counted as characters on tweets and users will be able to mention up to 50 other users. Crazy right? This was an announced change, but it didn’t go into effect until the 30th. We collected thousands of tweets mentioning his CEO Jack Dorsey and most of the were complaining about this change. At Tweet Binder we analyzed using our Twitter analytics app what people said about this change.

We will not be mistaken if we say that people didn’t like this new change. So, what do people do when they are angry? They complain to the boss of course! And that’s what Twitter users did mostly, they send a massive number of mentions to Jack Dorsey (Twitter’s CTO) complaining about this change.

So @jack @Twitter @Support – this default “REPLY ALL” with hidden handles is a HUGE #FAIL.

You made a huge mistake please put it back @jack

On a normal day, the founder and CEO of Twitter can receive about 3,500 to 4,500 mentions. That’s already a huge number, imagine your phone beeping 3,500 times per day. Well, that number went to 14,260 on the day of the release, that’s ten tweets per minute. We cannot imagine what is like to receive such amount of tweets.

@Jack a CEO that won’t stay in silence

First of all, @Jack reacted and expressed his opinion. Isn’t that awesome? A CEO of a big company that actually talks to you on Twitter about his product? Well, he started by addressing the change:

Rolling out today: use all 140 characters for replies, and a cleaner focus on the text of a conversation instead of addressing syntax https://t.co/qAHQy1UtWu

After that when users started to complain he added what he thought:

And also explained that:

@jandawson That’s a stretch. Team is always going to push to be better

Finally, @Jack was actually replying many users about what the new feature should look like in the future. That was an amazing moment. We saw that many people didn’t like this new change and many complained straight to Jack Dorsey, however we should understand that these changes happen for some reason. Twitter is working to make this more accesible and easier to understand, so let’s give them some credit here ok?