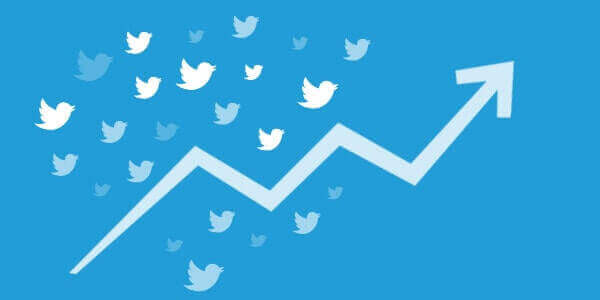 Information is an invaluable resource; no one can deny this fact. And as time has gone on, it has become easier and easier to gain access to it—all sorts of it. That is why it is time to talk about how to follow a Twitter hashtag properly. Our grandparents relied on libraries, newspapers, radio, and television news programs to find out what’s happening in the world around them. Both locally and globally. But that information was nonetheless limiting and not very prolific. Library books weren’t always current, and new ones came out sporadically enough that they were only good for more general bits of information.

Newspapers and television and radio news programs were a bit more frequent. However, they were issued at set times. And even if they happened to be released multiple times a day (as in the case of radio or television news). Something could always slip through the cracks that wasn’t as noteworthy at the time of printing or broadcasting. These days, however, information is very easily accessible, at any time of the day and on a variety of topics. Especially in Twitter.

Social Media and keeping up to date

There are many reliable (and, sadly, unreliable) sources of information available to a person in the 21st Century. As long as you have an internet connection, you’re tapped into a vast world of information any time you wish. Add social media to that equation, and that world is even easier to step foot into. Test it out. Log into your Facebook or Twitter account and see what you friends are talking about and what’s trending. Twitter is particularly good at this. It’s aim, in fact, is to collate the top news for each day (even multiple times a day). It lists the Twitter trending topics for all its users to see. Now the newspapers and other media platforms of yesteryear have modernized, joining the ranks of everyday citizens and exclusively online media to keep the information flowing on social media day and night, all year long.

No longer do we need to wait until the morning for the paperboy to come by and toss us the daily paper to see what’s been going on in the world, and no longer are we limited to news of what a particular newspaper’s editor chose to appear that day. Now, with just a little searching and clicking on a hashtag, we can find out if there was a tsunami in Fiji and who was affected, what the weather is like in Poland today, who won the World Cup, and plenty of other bits of information that might interest us. We can even follow events as they happen real-time, such as sports tournaments, awards ceremonies, natural disasters, crises, and wars. We just have to learn how to follow a Twitter hashtag!

Believe it or not, many people across the world flock to Twitter for their daily news. Why is that? As already mentioned, Twitter is great at keeping up with what’s trending in the news. The more people share something on the platform, the higher that topic trends, which then leads to more people talking about it, and so on and so forth.

The information often originates directly from a trusted media source and is then shared and reshared, tweeted and retweeted, liked and commented on. Other media may also pick up on the news and provide their take on it. In addition, often ordinary people share their views and opinions on the matter. Sometimes valid and sometimes wildly inaccurate, but all in all, one piece of information can easily gain momentum and become all that everyone is talking about. Sometimes, it may even lead to social change (obviously depending on the subject matter), as well as help many people learn about a certain facet of life they may not have been privy to previously.

As already discussed in this article, Twitter collates trending information as it is shared on its platform. The sharing and collating are made much easier by the use of Twitter hashtags, which are often included in posts about certain topics.

There are a few ways in which you can look up Twitter hashtags:

Items in the news are often followed by a hashtag. The media source that first releases the information adds a hashtag in the hopes of spreading the news. Someone picks up on it and retweets it, starting the chain, and the more noteworthy the news is, the higher it will trend. And of course, this isn’t just limited to news sources, and many brands are making sure to harness the power of the hashtag for promotion.

Hashtags: use and monitoring

The use of hashtags on Twitter make the platform a great source of news and information overall as it’s easy to check out and share what’s going on. Follow the right Twitter hashtag and the right account, and you’re sure to always be informed. Still, try to exercise caution and vet your media sources. Many have begun taking advantage of the short attention spans of internet users, particularly social media users, by sensationalizing or even falsifying news through clickbait headlines and other methods.

Take a second to look at the links. If it’s the BBC for example, you can be fairly sure that it’s credible, but if it’s something like bizstandardnews.com or similar, do a bit of sleuthing to see whether they can be trusted. (As an aside, bizstandardnews.com comes up on Wikipedia’s “List of fake news websites” article.) Not all information should be taken at its word, especially online, and it’s important to keep false information from spreading and causing damage.

So, now you know how to find and follow a Twitter hashtag to gain information. Great! If you’re looking to go one step forward, especially as a social media manager or marketer, there’s a way to use hashtags to your advantage. Say you want to create a hashtag of your own, or you’d like to track one that already exists. You can use the three options listed above if you want to go about it the long way. Or you can use Twitter analytics.

A Twitter analytics tool already exists on the platform itself. It is great for a quick view on how your account is doing. However, there are profesional tools that you can use. For example, Tweet Binder, which go even further than the native tool. In fact, Tweet Binder offers free downloadable Twitter reports that allow you to monitor and follow Twitter hashtag.

Think about a media source sharing a piece of news on their platform with a hashtag. They don’t necessarily have to use it. They can count on shares of their links and keep track that way. What a Twitter hashtag does help with though is seeing how people are reacting to that bit of info. Is it particularly controversial? Are people angry about it or happy? Or, are they criticizing the source or praising it? Are they adding something to the story that the original reporter hadn’t considered? All of these are invaluable to the original poster, and you could be asking the same of the impact of your hashtags.

As you can see, to follow a Twitter hashtag is pretty easy to do. In addition, it will benefit you to no end to start doing it for yours. Like the media source in the example above, through using your hashtag and following it closely through analytics, you can gauge your audience’s reaction to it and the effect it has on your brand and campaign.

Through a tailored a Twitter report generated for you by Tweet Binder, you will not only be able to follow a Twitter hashtag via a real-time report, but you’ll also gain access to additional information such as a list of the top Twitter accounts using the hashtag and top tweets, photos, and videos also using it. In this way, you’ll be able to see which of your hashtags are doing well. Also, which need a bit more of a push, allowing you to maximize the impact of your social media campaigns on Twitter.