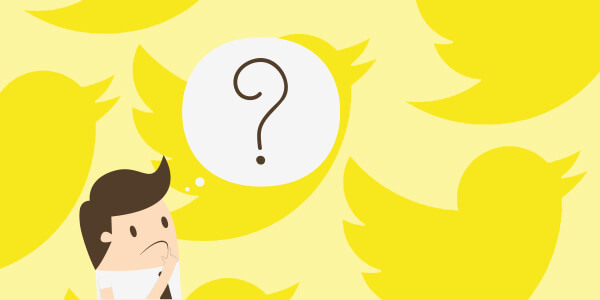 Social media has intertwined into our lives so much these days that it’s almost impossible to imagine our lives without it. Newer generations don’t even remember a time without it, much less of the internet as a whole. We are always connected. Since most of us have smart phones, or at the very least, personal computers, it’s fair to say then that many of us are familiar with social apps. However, while for a large majority of us navigating social media has become second nature, there are still many that could use some guidance into how to best use them. After all, knowing about a thing and knowing how to use a thing correctly aren’t the same thing. Let’s start by Twitter and how to avoid making Twitter basic mistakes.

Twitter is a social network that almost everyone has heard of, even if just in passing. Still, there are people out there who may not be sure how to use it. Or, even if they do, they may not know how to use it well and to their advantage. If you’re one of these people, or if you’re just getting started, there are some unwritten rules that need to be followed so as not to commit a social media faux pas. First, let’s start with the basics. If you’re one of those who is just getting started and are looking to step into the Twitterverse, you need to start with the first step: setting up an account.

So, you’ve decided that you’d like to begin tweeting. Whether you’re looking to create a personal account or one for your brand or business, the first thing you need to do is sign up. The website itself guides you through the registration process, but here is how you can set up your Twitter account in a matter of minutes:

If you haven’t added a profile picture and about us section, do that first. You’re more likely to gain followers that way. Plus, no one wants to be a Twitter egg! Add some of your interests so that others can see why they might want to follow your Twitter account. Next up is growing your network. You can start by following accounts you might be interested in. They could be anyone from your favorite celebrities to politicians to people with similar interest to yours, and, of course, your real-life friends. Hopefully, these accounts will follow you back. As time goes on and you begin tweeting regularly, your follower account will grow organically.

Depending on what you want your account to be a reflection of, you can now start tweeting about it. Maybe it’s just daily humorous observations, or maybe it’s something more serious. Whatever it is, tweet a few times a day. Don’t forget to use hashtags so that others with similar interests can find your tweets.

You can also check your feed and see what the people you are following are talking about. If something interests you, don’t miss out on the chance to interact. It’s a great way to meet new people and potential new followers. A unique facet of Twitter is that many celebrities, for example, run their own accounts rather than having assistants do it. You as a fan can interact with your favorites in ways you’ve never been able to before. Just don’t be weird and creepy about it. Although that’s not listed as one of the common mistakes below, it should come as a given.

You can also interact with brands, sharing your opinions on products or even send complaints straight to them. Often, the social media managers behind the accounts respond quickly, helping you to resolve any issues you may have. You may have seen screenshots going around of situations in which Twitter users interacted with brands to resolve all sorts of things. It’s fairly common, in fact. Now that we’ve covered the things you can do on Twitter, the next step is to learn what you shouldn’t be doing. As we mentioned above, there are some unwritten rules for proper behavior on Twitter. Breaking them will only make the platform less enjoyable for all involved. Now that you’re all set up on and following some of your favorite accounts, let’s see what some of the common errors are on the platform.

To start off, it’s important to act on Twitter as you would offline—unless you’re a horrible person offline, which we know you’re not. Simply use common sense and let respect be the guiding factor when it comes to your online behavior. Everyone on Twitter is a human being. Even the accounts for brands and major corporations are helmed by actual humans. Bear that in mind when you’re communicating—especially when it comes to brands. If you’re angry at a commercial airline, rest assured that whoever is running their social media account is a human being like you. They weren’t responsible for your problem personally, but they will help you resolve it. Set your frustration to the side.

Just like in the real word, politeness is key. Twitter cannot and should not be a place to release your temper out on others, especially strangers. That old Golden Rule is as relevant now as it has always been: “Do unto others as you would have them do unto you.” Here are some other mistakes you should avoid making:

As you continue on your Twitter journey, you will come to learn how to use it well. Pay attention to what those around you are doing, and always take care to follow positive examples rather than negatives ones. Just like in life, that will get you much farther. Use the above guide to your advantage, and you will build a strong account and network. Along the way, you’ll learn of more dos and don’ts. Take care to follow them, and you’ll be sure to have a positive experience on Twitter.

While you’re at it, you can follow us on Twitter on @TweetBinder. And once you’re settled in, why not track your tweets and the topics you are interested in with the tools we have available at www.tweetbinder.com. We can even generate reports for you so you can track how well your account is doing over time.